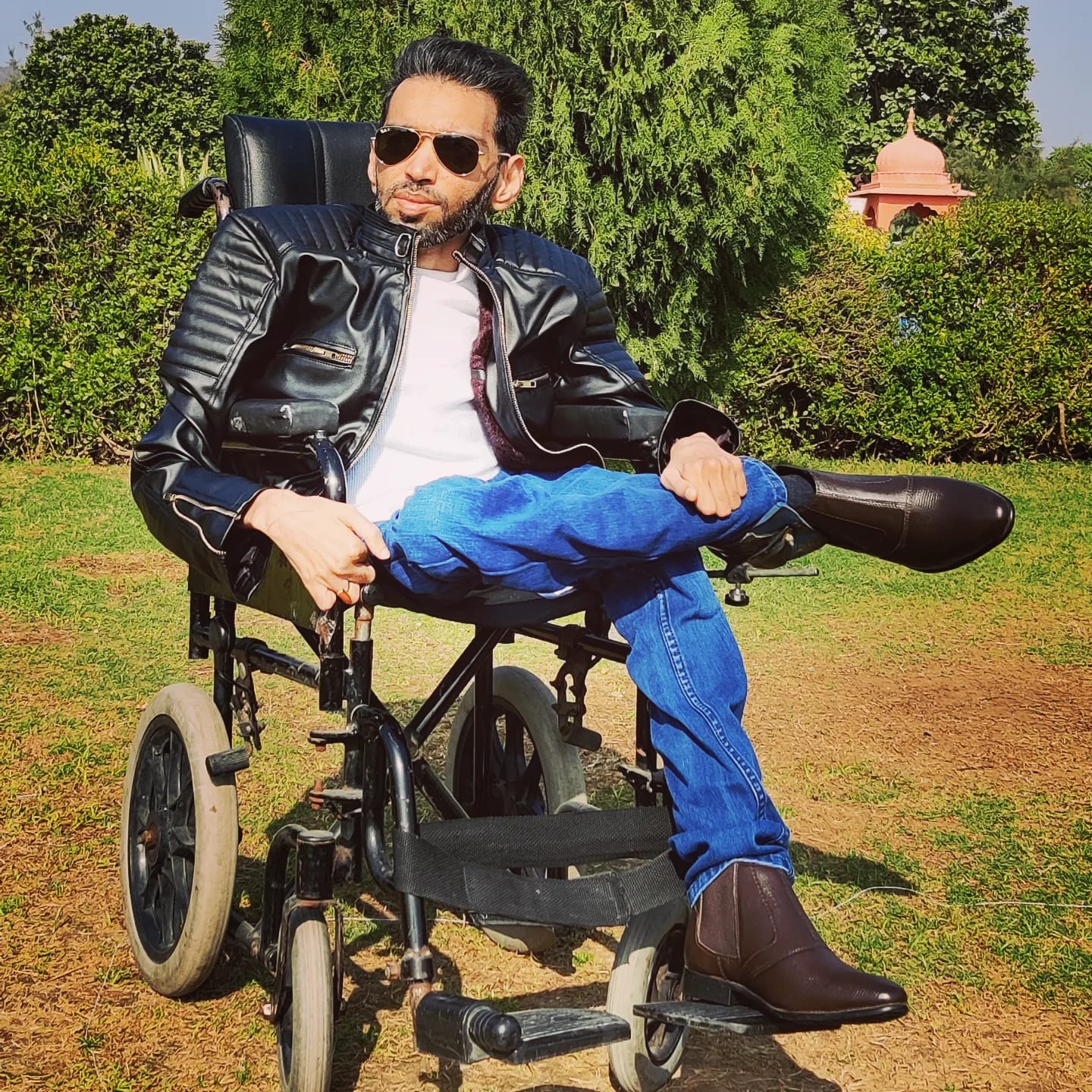 Disabilities present challenges for millions of people around the world.

While some disabilities are more difficult to overcome than others, here is a story about a disability that turned itself into such strong abilities that helped this person to  not just keep going but achieving what could only be imagined.

It’s inspiring to hear about incredible accomplishments in the face of obstacles no matter the circumstances.  It can be even more mesmerizing when these achievements are attributed to people with disabilities.

Lyricist and Songwriter Poet Mohit Chauhan was born on 28th March 1987 and brought up in New Delhi. He is also a motivational speaker. His Songs,  quotes, poems are extremely viral on Internet.

Poet Mohit Chauhan is a warrior who has been fighting with an incurable and fatal disease called “Spinal Muscular Atrophy 2” from the last 35 years.  It is a genetic disorder characterized by progressive muscle degeneration and weakness due to changes to a protein called dystrophin that helps keep muscle cells intact.  It was a very painful and heart breaking moment for Mohit’s parents when the doctors told them that he would not live beyond 12 years but Mohit proved them all wrong.  Instead he went ahead to live his life to the fullest and enjoy every moment of his life.  He is a man of spirit and determination that can inspire anyone.The support of his family has been of prime importance in his journey .Despite being a patient of this disease and lying in bed for the last 32 years, no one could ever destroy his patience.  He completed his schooling with bright colors and determination to pen down his thoughts, that’s when he started his journey to become a poet, which was around 6 years back.

Mohit says That “ I feel that as long as I am able to think and reason and innovate and iterate my vision, I am able to put myself in their position.  If I feel that if I am able to make an impact on someone’s life, I think I have accomplished the purpose of my life”

He brought his thoughts and feelings to the market in the form of a book named “Parwaaz – Ek Zakhmi Panchhi Ki”.  The distinguishing feature here is that Mohit has written every word of his book on a mobile phone as the disease has affected his limbs to such an extent that they hardly exhibit any locomotive function . This book is available on all e-commerce platforms like Amazon, Flipkart, Shopclues and many more.

His work “Parwaaz – Ek Zakhmi Panchhi Ki” contains poems on various topics which reflect the life and all the emotions beautifully revealed by the author in human nature.  While one part of the book beautifully incarnates the true and pure form of love, inspiration, courage;  The second part brings to the fore the harsh reality of relationships in the modern world, social stigma, fear and pretense.

The book was unveiled by D.Y.  The Chief Minister of Delhi, Shri Manish Sisodia with some eminent personalities of Hindi literature, at the New Delhi World Book Fair, Pragati Maidan on January 4, 2020.

This is not all, Poet Mohit Chauhan has become quite popular personality especially on the social platform. Many recognised his potential and that helped him earn that prestige in society that is yearned by all.

He has several accomplishments to his name like He received the Ved Shakuntala Memorial Award , Real Life Hero Award by ARK Foundation

Artist of the week at the famous poetry platform ‘The Social House’ .

Poet Mohit Chauhan has also been awarded by Dr. Sandeep Marwah(Chancellor of Noida Film City)   for his beautiful song direction “Mohabbat Hai Use” at the Film Festival in Noida Film City.

Mohit also has a YouTube channel named “Poet Mohit Chauhan”. where he posts his own beautiful poetry, nazms, ghazals and his songs.  Recently. He also took the initiative to form a collaborative production house, comprising of some melodious singers, passionate models and an artistic cinematographer. his production house is active now. Some of his famous works include songs “Ishaara Hai, Meri Maa, Mohabbat Hai Use and Adhoora Ishq Hai Mera”. His songs are very popular on internet and available on all digital music platforms like Spotify , jiosaavn, gaana.

His latest song “meri maa” is viral on internet and crossed 100k views on YouTube. It symbolises the unconditional love between a mother and son.

Poet Mohit Chauhan believes that his illness is a blessing that only special people get.  It has given him the wings to fly and the courage to dream beyond all limits.  Mohit has been an active part of poetry society and has participated in various poetry programs whenever possible despite facing various physical challenges.  Mohit gives the credit of his achievements to his younger brother who has played a vital role in Mohit’s success.

We can truly say that his work is a reflection of the truly inspiring romantic and human spirit that lies inside his beautiful body. 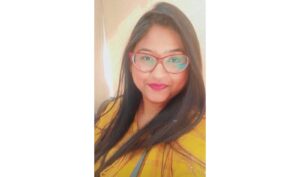 Previous post Akshara Saxena is conquering the digital world even after not being from this background, know her success story 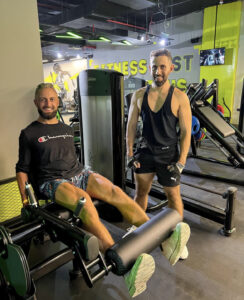 Next post “Health is beauty and fitness is its key”. Dubai’s most<br>famous all-at-one studio “Retrofit gym” is helping<br>people to level up their health and fitness.